WHAT ARE THE DETAILS?

WHAT'S THIS ALL ABOUT?

American Cities have long issued Proclamations and presented 'Keys to the City' to people and businesses who have made significant contributions to the City; are from the City; or have long supported the City.  However, when a City or State names a Day in honor of a person, it symbolizes that person to have made a significant and momentously key positive contribution to that City's successful image, business structure, sustainability and or popularity.

To have a Day named for you in a City is one of the highest honors that a person can actually receive.

Trina Braxton has well established herself as an actress, singer, media mogul, and successful restaurateur.  Braxton has long been a staunch supporter of The City of East Point, and is very proud, excited and supportive of all its growth and endeavors.  Particularly, as the City began its popular flagship Summer Concert Series, "Wednesday Winddown", it was Trina Braxton who appeared at the very first event to kick the series into high gear.

Recently, Trina Braxton and the City of East Point announced that Braxton will be relocating her famed Atlanta area restaurant and bar, 'Bar-Chix' to downtown East Point in Fall of 2020, and will be one of the first tenants in the City's mixed use work-play-live styled development slated to be in the City's downtown district. 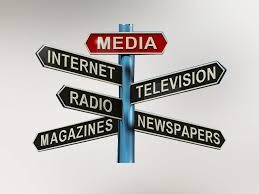 We welcome all media and press to this momentous occasion.  To apply for your Media credential, please click below.

Actress, singer, restauranteur and television host Trina Braxton, of the iconic and talented Braxton family will be receiving her very own day in the City of East Point, Georgia. As the second youngest child to Pastor Michael Braxton, Sr., and Operatic Prima Donna Evelyn Braxton, Trina has certainly carved out her own niche in a family of talented superstars.

Trina began her singing career along with her sisters in the group named "Braxtons". Following its moderately successful debut album, Trina began to sing background for her superstar eldest sister, Toni Braxton. Trina also began to act in several roles, including stage, television and big screen, such as Meet the Browns, I Can Do Bad All by Myself, and Dreamgirls. In 2011, along with her sisters, Toni, Traci, Towanda and Tamar, Trina Braxton signed on to star in her very own reality show entitled 'Braxton Family Values'. Braxton Family Values made history and set records as the highest rated and longest-running reality show featuring an African American family. In 2012 Trina released her first studio album, with the lead single 'Party or Go Home' debuting at the top of the charts. In addition to her ventures with her family, Trina is the owner of the very successful Atlanta eatery and bar called 'Bar Chix', along with the popular restaurant 'Hen Quarters' in Washington, DC. In 2018, Trina was named co-host of the top-rated Nationally syndicated morning talk show, 'Sister Circle'. Trina has long supported the City of East Point and all its growth and endeavors. As the City began its popular Summer Concert Series, "Wednesday Winddown", it was Trina Braxton who appeared at the very first event to kick the series into high gear. Recently, Trina Braxton and the City of East Point announced that Braxton will be relocating 'Bar-Chix' to downtown East Point in Fall of 2020 to be one of the first tenants in its Atlantic-Station styled development slated to be in the City's downtown district.

About City of East Point, Georgia

The City of East Point has well established itself as the 'go to place' for those looking to be close enough to a major city, yet far enough to enjoy the perks of suburban lifestyle.  As one of the only cities of its size in the Nation to receive a 'AAA' bond rating, East Point enjoys a robust economy and increased visibility, highlighted by its proximity to Atlanta's Hartsfield-Jackson Airport.  East Point boasts a vibrant commercial portfolio, well balanced and supported by an educated and affluent population.

Powered and managed by THE WEEMS FIRM, PC